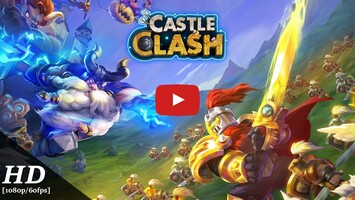 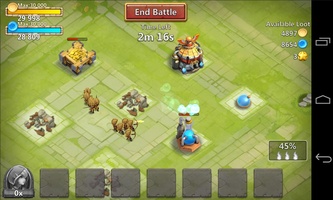 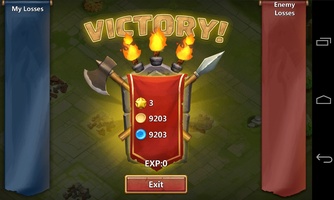 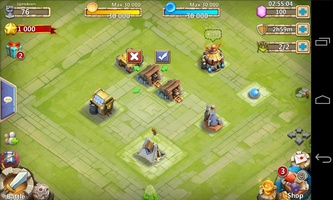 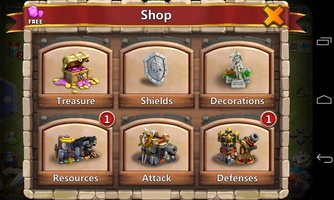 Advertisement
Castle Clash is a strategy and management game in which you collect resources, build structures to create a village, and recruit an army made up of tons of different creatures.

That latter, and most fun, phase of the game is when you direct your army against other players, who you can challenge over the Internet whenever you want.

You'll be able to build more than a dozen different buildings and recruit all kinds of creatures with their own special powers. So plan your troops wisely, both in quality as well as quantity.

For example, an army made up entirely of archers may work pretty well at the beginning of a battle, but as soon as your opponent charges at your position, you're toast. That's why it's so important to find the ideal balance between force, ability, and magic.

Castle Clash is a free-to-play strategy game that allows you to face off online in intense multiplayer battles, where hundreds of units may be crowding your screen at the same time.
By Andrés López
The best alternatives to Clash of Clans available in 2018

2012 was a decisive year for mobile videogames thanks to Clash of Clans. The smash hit from Supercell was, and continues to be, an enormous success that has blown way past anyone's expectations of what a mobile videogame could do. The strategy and management in Clash of Clans created a new style of videogame that since then, has been copied more times than we can count. With this thought in mind, we've put together a list of the best Clash of Clans alternatives that have been released up until 2018.
See more